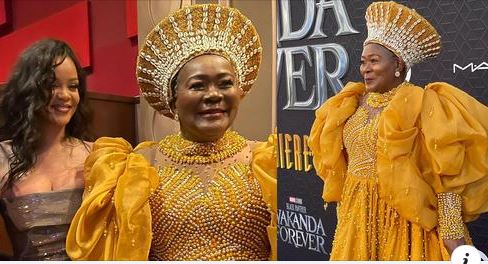 Mzansi is beaming with excitement, pride, and joy after seeing images of Connie Chiume living her best life in Hollywood. Connie Chiume met Hollywood stars from all walks of life at the world premiere of the long-awaited Black Panther: Wakanda Forever film. A photo of Connie Chiume with singer, actress, and businesswoman Rihanna has gone viral in South Africa. While Rihanna was speaking with Angela Bassett in a video, Connie Chiume was seen conversing with Rihanna’s baby daddy, A$AP Rocky, in the background. 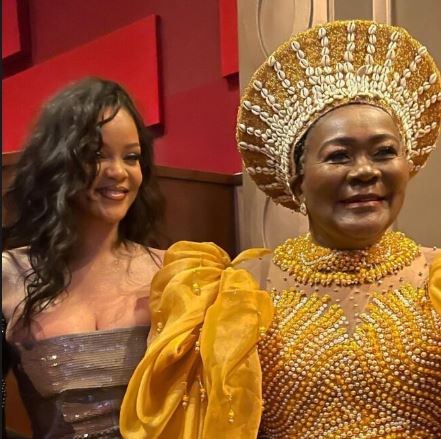 When speaking to her daughter Thati on Gomora, she is famous for using the catchphrase “waitsi mababy.” Tweeps are using Connie Chiume’s favorite words as she meets Rihanna, A$AP Rocky, Angela Bassett, and many other Hollywood A-Listers at the Black Panther: Wakanda Forever film premiere.