The Singapore Grand Prix will remain on the Formula One calendar until at least 2028, the sport and race organisers said on Thursday, after agreeing…

The Singapore Grand Prix will remain on the Formula One calendar until at least 2028, the sport and race organisers said on Thursday, after agreeing on a fresh seven-year deal.

The event, which was cancelled for the last two years due to the COVID-19 pandemic, is set to take place on October 2 as part of a record 23-race calendar this year. It will be the first grand prix under the new seven-year deal.

“Singapore holds a special place on the F1 calendar, and this extension is part of our long-term commitment to continue to grow the sport in Asia,” Formula One chief executive Stefano Domenicali said in a statement.

“The Marina Bay Street Circuit hosted the first night race in F1 history in 2008, and Singapore has continued to thrill fans, teams, and drivers ever since.”

Singapore has established itself as one of Formula One’s most glamorous and popular events since it made its debut in 2008. 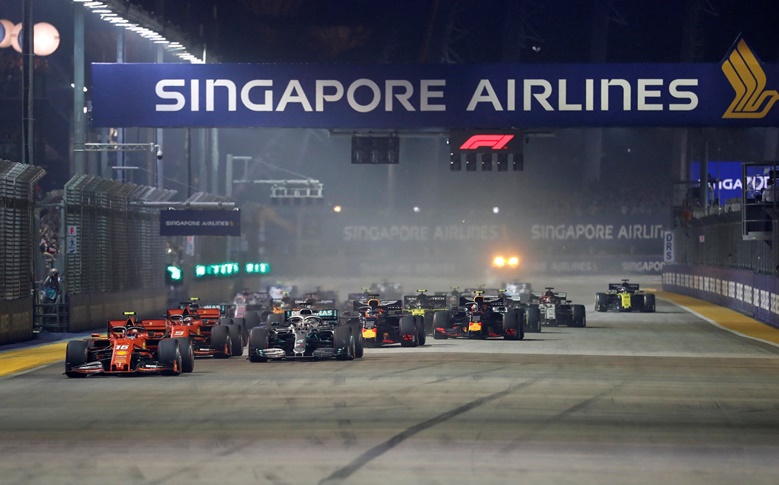 The race is staged in the heart of the city-state, with cars driving around a floodlit street track against a backdrop of glittering skyscrapers, while spectators are entertained by headline music acts.

Partly funded by the government, it has played a key role in boosting tourism to Singapore.

The race has generated more than S$1.5 billion in incremental tourism receipts and drawn more than 550 000 unique international visitors to Singapore since its debut, according to organisers.

The 2019 race, won by four-time world champion Sebastian Vettel for Ferrari, drew a crowd of about 268 000 over the whole weekend, the event’s second-highest, organisers said as they looked forward to welcoming fans back this year.

The Singapore Formula One race continues to be a strong focal point for tourists, global events and business meetings, said Singapore’s Minister for Transport S Iswaran.

“The renewal will help sustain Singapore’s reputation as a global city with a vibrant lifestyle, attracting international visitors as travel rebounds, and generating business revenue and jobs for Singaporeans.”

Sustainability is a prominent part of Singapore’s new deal, Formula One said.

Race organisers are working towards reducing the event’s carbon footprint as part of a transition to a sustainable business model. This will involve switching to renewable energy, the use of sustainable materials, increased recycling efforts and a full sustainability audit.

A$AP Rocky Moving Out of His House After Police Raid

Life turned out amazing for me – Cassper Nyovest

No immediate need for mass monkeypox vaccinations – WHO official

Let’s get physical: All Blacks harden up for Fiji Test