Sphokuhle Ntshalintshali is a South African actress, content creator, dancer, TikToker, and ambassador. She was born 29 July 2001, age 21 years old as of 2022.

She is well known as Spho on TikTok and recently played Yenzi on House of Zwide, one of the contestant of the face of House of Zwide.

The TikToker sensation hails from Umkondo in Mpumalanga. Due to her popularity on TikTok, the internet is filled with some of the videos she made from TikTok. The videos are mostly about dancing and lip syncing and other stuff.

She has a YouTube Channel where she shares more videos and Vlogs and other activities in her life.

Information regards her family is unknown. She likes to keep her life private that people doesn’t know who is her mother, father, siblings  and boyfriend. She might have a boyfriend or not at this point but the information is unavailable.

Sphokuhle N completed her secondary school in 2019 after passing her exams. She attended Hoérskool Westonaria High School in Westonaria, South Africa, and on January 31, 2020, she was admitted to a university to pursue a course of her choice. Sphokuhle N is still pursuing her tertiary degree at a South African university as of the year 2022.

Sphokuhle N started making content in 2019 while she was still in secondary school. She quickly rose to fame on social media, particularly TikTok, by frequently posting brief videos of herself dancing and having fun.

Sphokuhle N is well-known on TikTok due to her participation in a number of challenges there later in 2021, which she appears to have won. Additionally, a number of her videos went viral during this time. 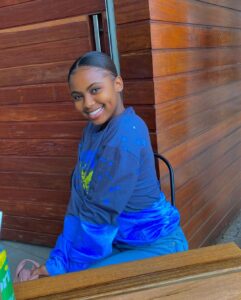 She received a R50,000 prize from Ricoffy and donated it equally to two charities near to her heart. Her birthplace of Umkondo in Mpumalanga’s Uzwelo and Miracle Center served as the beneficiary. She also serves as a brand ambassador for Spotify, Handandy, and Coca-Cola.