Are Simz Ngema & Tino Back Together?

Are Simz Ngema & Tino Back Together? Simphiwe ‘Simz’ Ngema and Tino Chinyani continues to c

Are Simz Ngema & Tino Back Together? Simphiwe ‘Simz’ Ngema and Tino Chinyani continues to confuse the enemy with their unknown relationship status. 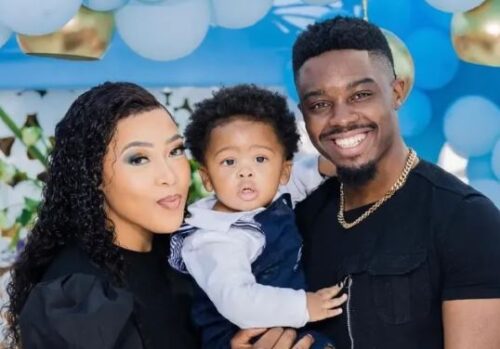 The recent pictures of Simz Ngema and Tino Chinyani having the time of their lives while jet skiing at some beautiful beach has sparked a robust conversation on social media.

Simz and Tino shares a beautiful baby boy two Tiyani Kemorena Michael Chinyani, born on June 23rd, 2020. Following their baby, the pair shortly announced their break-up which was a shock for scores of their fans.

Simz announced their separation on social media and said their relationship had been one of the most memorable experiences of her life. She added that it is a love story about two people fighting all the odds to be together. 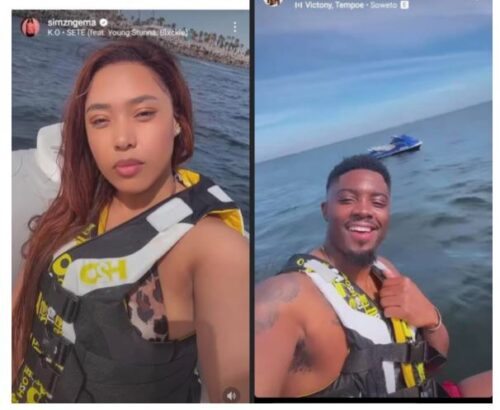 Simz further mentioned that she was never hung up on the break-up as both her and Tino will forever be good friend while co-parenting their beautiful baby boy.

“I pray that God gives us the strength and wisdom to raise our beautiful son. @tiyani_chinyani we will always be great parents to you and we will always be there for you. No tears here, just lessons learnt and beautiful memories. I really had a beautiful fun weekend. Here’s to friendship and dope ass co-parenting” added Simz.

Fans are claiming that if the two are really back together than it is always true that once people have babies, they never really break-up. While some Facebook fans have added that, both Simz and Tino are simply co-parenting and there is nothing more to the pictures while on holiday.

Both parties have not confirmed the rumours.