A new survey shows that an astonishing 81% of South Africans are cutting down on daily meals due to high food prices as they cannot afford three square meals per day anymore, while 41% say their monthly grocery budget can no longer feed their families.  Rampant inflation is hitting South Africans where it hurts most…

Rampant inflation is hitting South Africans where it hurts most according to the latest results from a survey conducted by Debt Rescue. The country’s annual inflation rate increased to a high of 7.8% in July, above market expectations of 7.7% and the upper limit of the South African Reserve Bank’s target range of 3-6%.

The latest consumer price information shared by Stats SA also show that year-on-year increases in transport costs (up by 25% from 20%), food and non-alcoholic beverages (9.70% from 8.60%), housing and utilities (4% from 5.10%) as well as miscellaneous goods and services (3.60% compared to 4%) are the main contributors.

Fats and oils, bread and cereals, all essential ingredients for preparing nutritious meals, currently carry the highest food price inflation at 36.2% and 13.7% respectively. 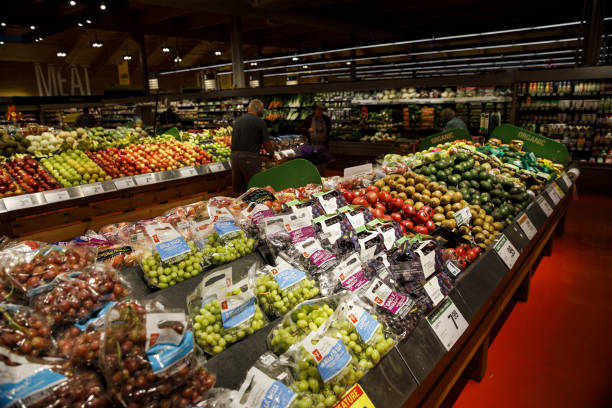 Shoppers walk through produce aisles at a grocery store

“The basic food prices have risen astronomically over the past year. Accelerating inflation plays a huge role in this as it affects the financial stability of the average consumer. Steep inflation causes spending to increasingly exceed the income of the average person and people are feeling desperate and out of control financially,” says Neil Roets, CEO of Debt Rescue.

“The South African Competition Commission has noted a sharp increase in staple foods in South Africa, which may be at risk of price gouging by retailers and this is disturbing to say the least,” Roets says.

When the businesses that profit the most are contributing to the demise of their own customers, among them their own neighbours, friends and associates, I think it is safe to say we are in trouble with a capital “T”, he warns. 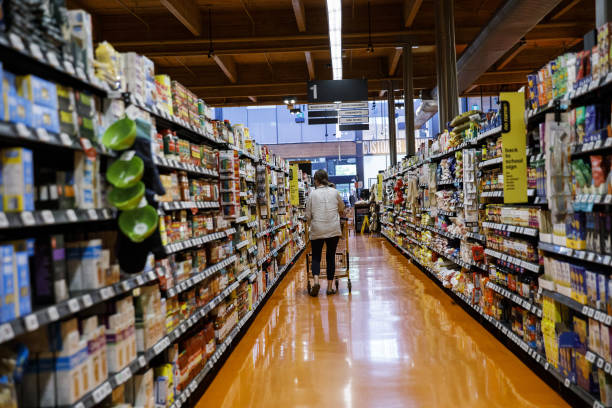 Shoppers at a grocery store

“Inevitably inflation hits the most vulnerable the hardest. For lower income groups, the inflation basket tends to be heavily skewed towards transport, food and education. Any significant price increase in those elements has a much bigger impact on those households. The real question is, what are the social repercussions of this?”

Debt Rescue’s latest survey results clearly show that the most pressing issue by far right now for most South Africans is simply being able to afford to feed their families every day while battling high food prices. “When 56% of people are supplementing meat with other items and replacing a nutritious balanced lunch with sandwiches, it is time to sit up and take notice,” says Roets. 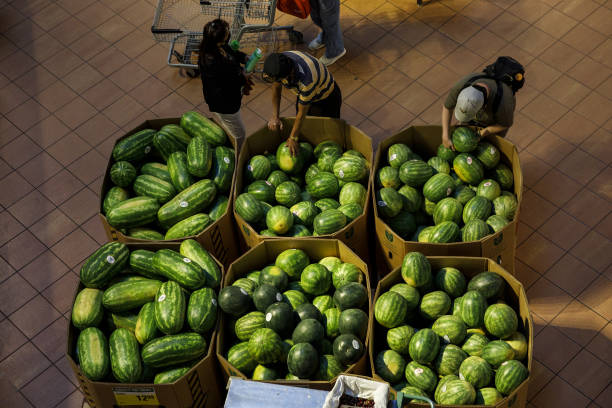 South Africans increasingly rely on their credit and store cards to put food on the table, leading to a debt trap that is not easy to escape

Roets says this is confirmed in the survey results, where 94% of participants stated that they saw significant increases in the price of cooking oil and 68% in bread prices. In addition, 68% of survey participants incorporated more potatoes and rice in their meal planning to stretch meals and reduce costs.

The survey also indicated that South Africans increasingly rely on their credit and store cards to put food on the table, leading to a debt trap that is not easy to escape. It is also worrying that many consumers feel less in control of their finances going forward.