Where Should Percy Tau Go Next?

Hugo Broos has made it clear what Percy Tau needs to do to earn a recall to the national team squad.

Hugo Broos has made it clear what Percy Tau needs to do to earn a recall to the national team squad.

Broos is unhappy with the amount of minutes being played by Tau at Al Ahly and has urged him to nail down a spot or find a new club where he will play more often.

Broos isn’t willing to pick players who aren’t playing regular football and he is not willing to compromise. “If he doesn’t succeed to get his position in the team of Al Ahly then in January then he finds another team where he will play.

“We’ll be very happy to see that, with Al Ahly or another team so that at last we have a real 100% Percy Tau for the two games against Liberia,” Broos said in a press conference this week.

He admitted that he would love to be able to call on a player like Percy Tau, but standards had to be maintained.

“I think a player like Percy Tau fits in every plan of every coach,” the Bafana mentor added.

Since leaving Sundowns in 2018, Tau has endured a rocky career path.

He would shine in three loan seasons in Belgium with Union SC, Club Brugge and Anderlecht but once recalled to Brighton couldn’t nail down a place in the Premier League side.

Pitso Mosimane joining Al Ahly as coach encouraged him to make the switch to Egypt. 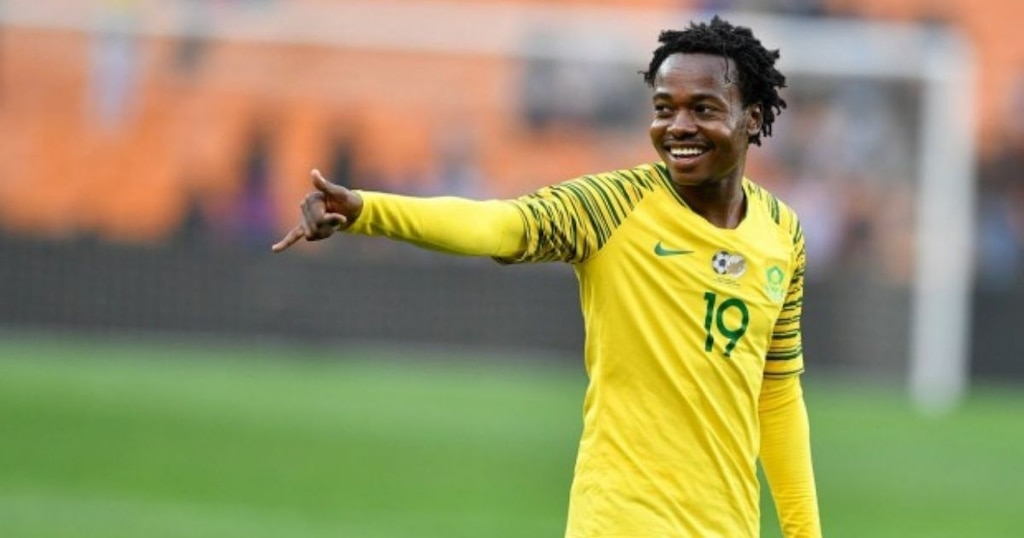 However, since Mosimane’s departure, Tau has found a starting berth impossible to nail down in Cairo.

A return to the PSL as soon as January does appear to be on the cards with Mamelodi Sundowns or Kaizer Chiefs the likely destinations.

Another option for Percy Tau is a return to Belgium where clubs retain an interest in the Lion of Judah.