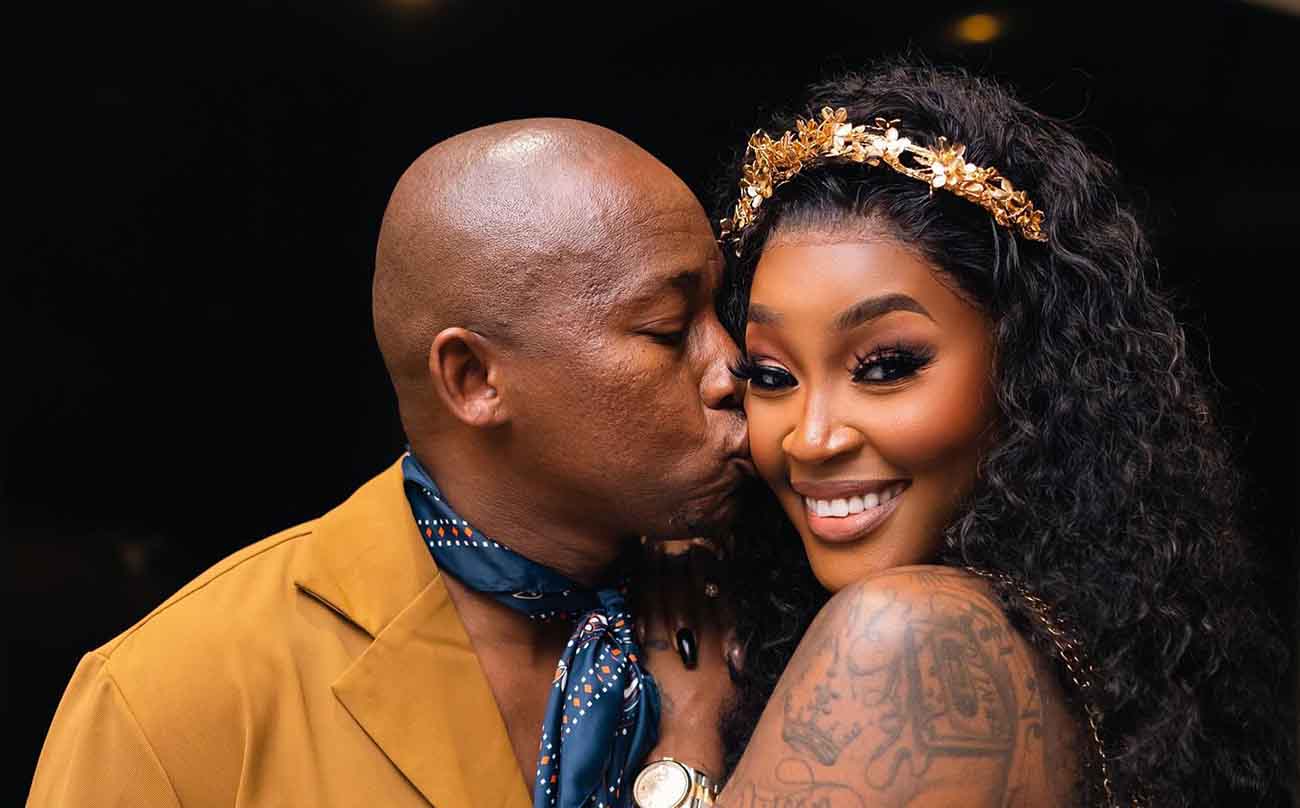 The couple touched many South Africans’ hearts by posting pictures of their third wedding anniversary dinner party on social media on Wednesday night.

Lamiez announced her pregnancy during the anniversary party while flaunting her expanding baby belly.

The couple can be heard saying, “I know I am blessed, simply having you by my side,” in the video Holworthy posted on Instagram as they descend the staircase of their home in Johannesburg. As part of the festivities, the star signed their marriage license and declared, “Today, my surname officially changed.

The “Metro FM” host once again identified herself as Mrs. Morule in her post.

Lamiez looked so beautiful and it was clear the pregnancy looks good on her, here are some pictures of her pregnant.