SSiTV – Media Pop Culture Grab your velour jumpsuits, the Cheetah Girls are back! Well, sort of. On Nov. 24, TVLine announced that Adrienne Bailon-Houghton is…

Grab your velour jumpsuits, the Cheetah Girls are back! Well, sort of.

On Nov. 24, TVLine announced that Adrienne Bailon-Houghton is set to recur in season five of Raven’s Home on Disney Channel. The actress, who once played Raven-Symoné‘s bully on the original series, That’s So Raven, will return to Bayside High, but this time as the principal—the same high school that Raven’s son Booker will enroll in as they head back to San Fransisco to care for Raven’s father.

The pair haven’t acted together since The Cheetah Girls, and Adrienne is excited to join forces again. “I’ve always been hopeful about [playing Alana again], so to be able to make it happen was a dream come true,” Adrienne told TVLine. “I always love working with [Raven-Symoné]. We did the first Cheetah Girls movie when I was 19, and now I’m 38, so we’ve stayed friends for almost 20 years. We laugh at the fact that we were playing the high school students… and now we’re playing the parents. It’s so bizarre!”

She says she’s as “shocked” as the rest of us about her new gig at the school. “How genius of the writers of this show to create that dynamic where the school bully becomes the principal,” the actress continued. “It’s funny and ironic, and I’m loving being the authority figure.” 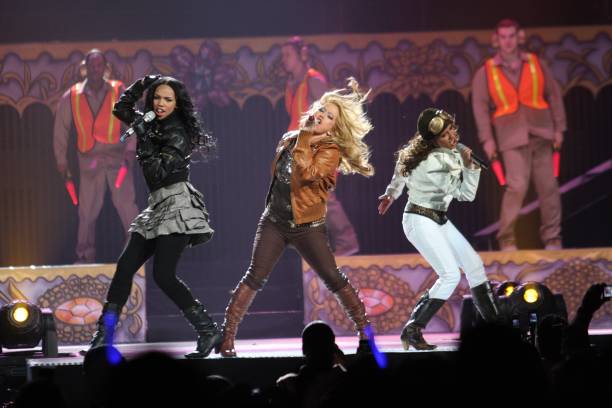 Though a season five premiere date has not yet been set, we haven’t let that stop us from being excited for its arrival. But who will probably be the most excited?

“I have nieces that are 7 and 9, and they’re obsessed with That’s So Raven and Raven’s Home,” Adrienne said. “Seeing the show through their eyes is the best feeling ever. I actually haven’t told them I’m doing this yet, so when I know it’s airing, I want to film and capture their reaction to seeing their aunt on the show again.”

We know we can’t see into the future, but we think it’s pretty safe to say season five is going to be Cheetah-licious.

Behind the scenes drama? What do I watch next? Click here to get all the TV scoop straight in your inbox.