Grammy winning Nigerian star Damini Ebunoluwa Ogulu also better known as Burna Boy has today made a plea to his fellow Africans to unite. While…

While in an interview with CNN Africa, the ‘African Giant’ echoed that some fans believe that African countries can only achieve the respect they seek if they bond together.

“It cannot be achieved by the way it’s been going, we’ve been falling for a long time so why not try something new?”, he remarked. 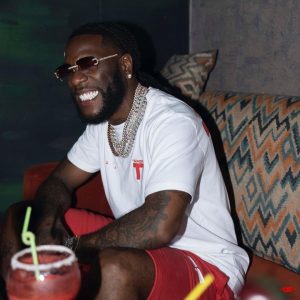 The “Ye” singer went ahead to say that: “It’s just a wish, maybe a farfetched wish. I wish we had one passport which would make it easier for Africans to travel outside the continent. I wish we could be considered as the United States, like the way America is … (Let’s say) me and you want to go to Spain or wherever on a commercial flight — let’s see who gets in first.”

When he was asked about who should be on the currency of this “United Africa,” Odogwu replied thoughtfully by saying:

ALSO READ  Cardi B Thanks Haters After "Up" Rockets to No. 1 Following Her Grammys Performance

“On the currency should be people who have had these ideas for generations, who have died with these ideas and have been killed for these ideas. People like Moammar Gadhafi [former leader of Libya who was overthrown and assassinated in 2011] whose everything was about uniting Africa and having one currency, backed by gold.” 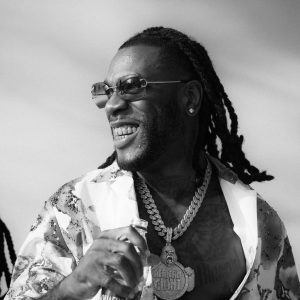 In his references, he also mentioned Burkina Faso’s first president, Thomas Sankara, and the Democratic Republic of the Congo’s first prime minister, Patrice Lumumba, who were both eventually overthrown and assassinated.

On the accusation of Gadhafi over crimes against humanity by the International Criminal Court, Burna Boy remains steadfast in his reverence for leaders like him.

“Where do we get this information that these people are tyrants or whatever?”

“They very well maybe. I don’t know. I wasn’t there. But what I do know is these people had these ideas, these people tried to do something at least, that would benefit the whole of Africa, unlike all the leaders we have today.”

A$AP Rocky Moving Out of His House After Police Raid

Life turned out amazing for me – Cassper Nyovest

Let’s get physical: All Blacks harden up for Fiji Test