The eThekwini Municipality’s year-end meeting will take place in seven days after EFF members disrupted proceedings on Thursday. City spokesperson Msawakhe Mayisela said the full council meeting had to be adjourned. “The meeting could not start on time and two main parties were not in the meeting,” he said. According to The Mercury, the EFF…

City spokesperson Msawakhe Mayisela said the full council meeting had to be adjourned.

“The meeting could not start on time and two main parties were not in the meeting,” he said.

According to The Mercury, the EFF came to the meeting bearing placards calling for an end to tender corruption and called for the removal of Mayor Mxolisi Kaunda. Mayisela said EFF members raised concerns over the sanitation repairs and relocation of flood victims from mass care centres as their reasons to call for Kaunda’s resignation.

He said the municipality’s infrastructural damage following the April and May floods was common knowledge.

“This challenge was compounded by the unavailability of funds to repair and restore the infrastructure speedily.

Mayisela added that before this funding was made available, the City reprioritised its budget to accelerate the repairs of critical infrastructure such as the oThongathi Water Treatment Works which was commissioned last month.

“Significant progress has also been made in the repairs of coastal sewer pump stations which have been affecting water quality at beaches. These pump stations include Kingsway 2, Athlone, and Laguna which were impacting the Isiphingo and Amanzimtoti beaches. A few weeks ago, we commissioned the Ohlange pump station which was responsible for the affecting Ohlange River and uMhlanga beaches.

“Where repairs are not yet complete, teams are doing final touch-ups which include carrying out housekeeping, sump cleaning, and fencing repairs.

“Also in progress are repairs to sewer pipelines and trunk mains in uMhlanga where teams are working round the clock to clear overflowing manholes. Work is also progressing well at the Northern Wastewater Treatment Works which has been largely responsible for impacting the uMgeni River and nearby beaches,” Mayisela said. 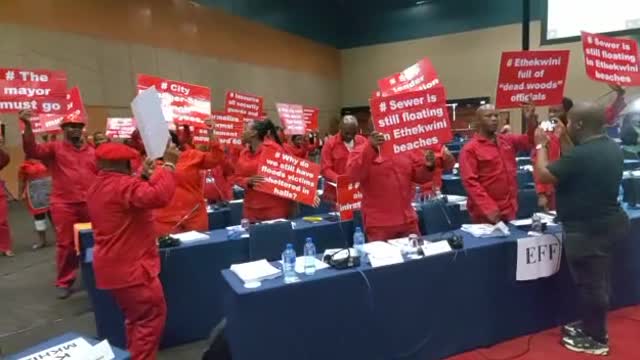 “In typical ANC manner, the speaker chose to disregard the DA’s suggestion of adjourning the meeting which started late as some councillors had not arrived on time, and as a result, the party was forced to leave the meeting out of respect for the law and the needs of the residents of eThekwini,” he said.

Mthethwa added that participating in the meeting would have rendered the decisions made invalid. The ailing municipality cannot afford the financial and legal ramifications of this. SASSA children’s grant application and payout: Which documents are needed? | All you need to know