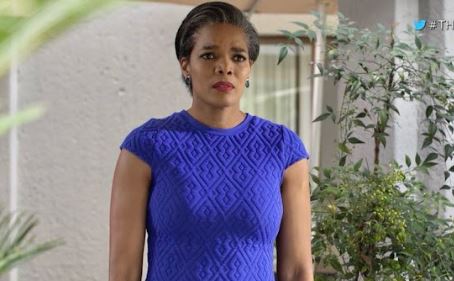 Viewers are still in disbelief following the news that their favourite Mzansi Magic’s The Queen is bidding farewell to the viewers. Connie Ferguson has taken to social media to profusely thank the cast as well as the crew for their stellar work.

Actress and media mogul Connie Ferguson takes to Instagram to share some of her bitter-sweet moments as her birth child television show is coming to an end. The Queen had a successful seven-year run but unfortunately, the telenovela is bidding farewell to its viewers.

Connie Ferguson has profusely thanked all the cast members and well as the crew who have worked tirelessly for the show to be a success. Evidently, with a heavy heart, Connie Ferguson has maintained her emotions as she conveys all her gratitude to everyone who were part and parcel of her hit telenovela, The Queen.

“The Queen Cast and Crew I LOVE YOU.

From the bottom of my heart THANK YOU! FOR EVERYTHING! ” wrote Connie Ferguson
Industry friends and well as colleagues have taken under Connie Ferguson’s comments section on Instagram to take their hats off of her for being the television genius that she is. they have thanked her for all the wonderful work she has done leading up to this moment.

“A beautiful legacy. To many more stories

“No ways! The Queen can’t die”

“Bittersweet indeed. Y’all have changed the narration of storytelling in SA and also inspired a lot of people to follow their dreams. Me included.

“Immensely Proud of you and Ferguson Films

Thank you for the Beautiful Journey , may God continue giving you wisdom for many more, Salute”

Always and forever a big part of me.

Thank you @msweli_smangaliso for this beautiful illustration. God bless your talent.